About The Traina Companies 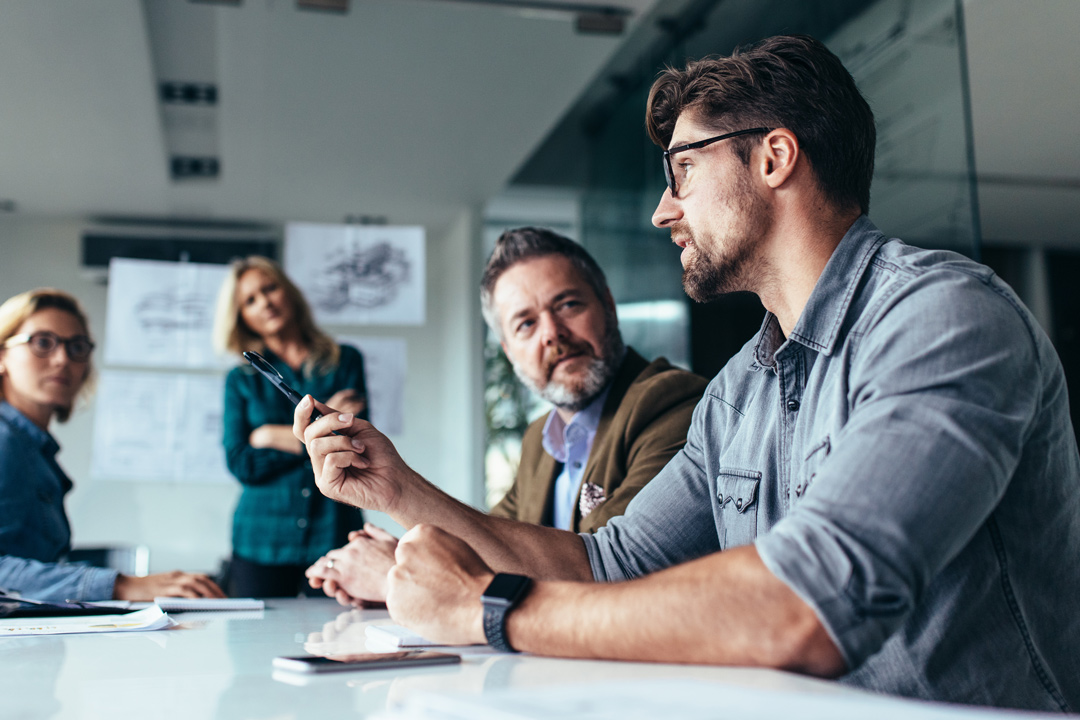 The Traina Companies (“Tco”) is an opportunistic development and investment firm specializing in real estate, travel and hospitality.

The New York City and South Florida-based boutique family office, with its roots and focus on real estate development and construction, has also emerged as a leader in the ever-growing travel-technology industry.

Under The Tco umbrella, Traina Development Group is a full-service real estate investment and development subsidiary that owns and operates properties throughout the United States. In addition to developing assets for its own account, Traina Development Group also works as a Developer for a fee to manage all facets of any real estate project for clients, particularly in the healthcares sector where we become an extension to the healthcare leadership teams in both for-profit entities as well as 501(c)3’s and other non-profit entities.

Traina Development Group has access to some of the most talented professionals across multiple industries/sectors in the field, as well as industry-specific resources. Whether acquisition and development, operational management and turn-arounds, securing capital/financial resources, project/property management, or award-winning design and construction, Tco is a one-stop shop for all strategic investment decisions within the real estate industry.

The TCo story is one of fostering bold and innovative ideas. Under the TCo umbrella, InTravel Partners owns and controls cutting-edge travel outfits that have grown exponentially amid a dramatic shift from traditional travel to internet-based bookings. These subsidiaries account for $1 billion in global travel sales annually, with more than 50,000 agents/members in 32-plus countries. InTravel Partners is constantly seeking new investments, or Acquisitions & Mergers that will enhance its existing portfolio and adapt with the ever changing Travel Industries.

That the entire TCo organization remains highly competitive and eager to accept new and ambitious challenges is due in large part to the leadership of Chairman and CEO Joe Traina, a savvy and experienced real estate investor and developer, who founded the company more than three decades ago. Mr. Traina has long been considered a "disrupter" within the industries he invests, enacting changes where there is room for growth, efficiency and a better user/client experience.

The Traina Companies are primarily supported by, and focused on, the ownership and operations of:

How We Got Here

The Traina Companies' reputation for ingenuity, professionalism, and passion for new challenges are traits the firm inherited from its founder, Joe Traina Sr.

Joe came of age during New York City’s real estate renaissance—a period that helped revitalize Manhattan and inspired a wave of future developers. Joe, who was raised by immigrant parents in Brooklyn, hoped to leave his mark on his beloved city, but he first had to climb the ranks and prove his worth. And he did just that—all the while planting the seeds of what would become The Traina Companies.

Joe’s ingenuity became apparent during his time as a floor manager for Arlen Realty Group, which owned EJ Korvettes, a major department store founded in 1948. One day, Joe single-handedly reorganized the store, shifting divisions and incorporating new ones. His bosses were shocked. They demanded to know who was responsible. Joe fessed up, but instead of being lectured he was told to repeat his changes at other locations across the nation. As a result, Joe revolutionized the retail industry.

Although this is but a brief snapshot of Joe’s career, this particular moment proved revelatory. Joe possessed a vision for how organizations should operate and the entrepreneurial spirit to get things done. He eventually landed high-profile positions at Modell’s Sporting Goods and Lazard Development Corporation before building his own firm.

Fast forward a few decades and The Traina Companies has become a respected boutique real estate and investment firm. Joe bought a failing travel company and revolutionized it, along with the rest of the burgeoning travel and technology industry. With investments in healthcare and construction outfits, Joe has passed on that enterprising spirit to the entire company.

As we enter a new decade, The Traina Companies is primed for future growth as it fully leverages technology to support both its travel brands, as well as to continually enhance its principled real estate investments and developments. 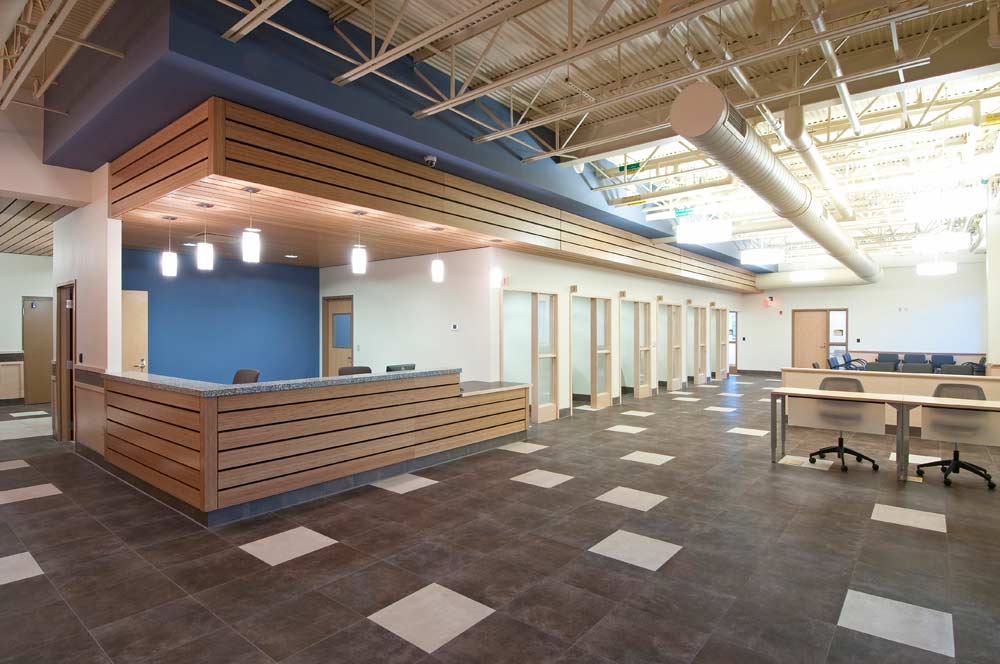 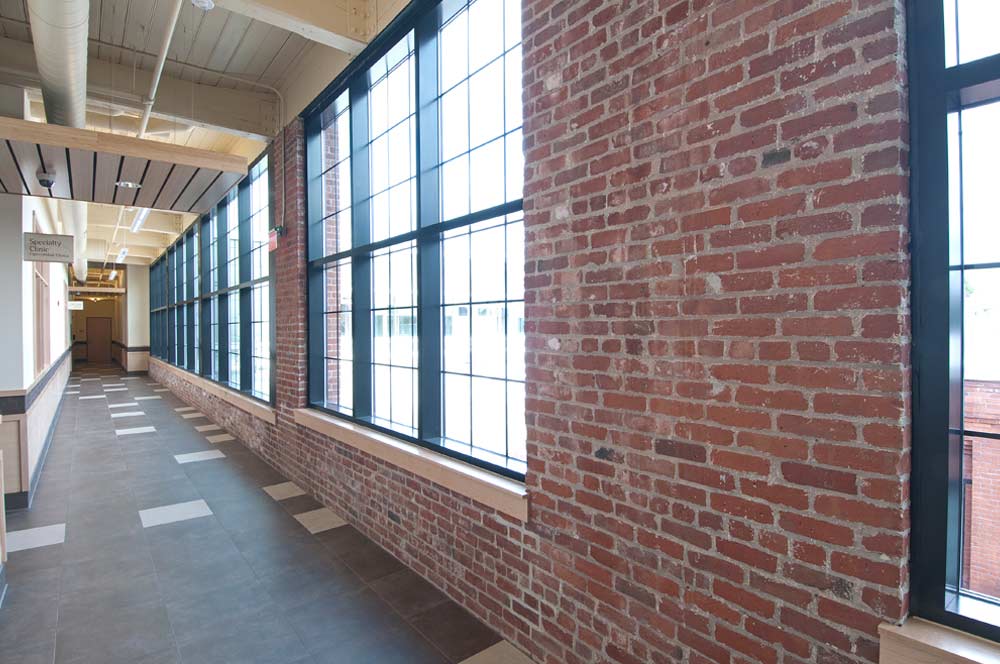 Where We Are Today

The Traina Companies is primed for future growth across multiple industries, including travel and technology and real estate.

TDG currently has more than 2 million sq. ft. of development underway and/or in the pipeline, and continues to invest in highly researched cash-flowing assets where there is value-add opportunity.

With each new acquisition or development, The Traina Companies continues to add to its story—characterized by ambition, pushing boundaries, and a willingness to compete across industries. 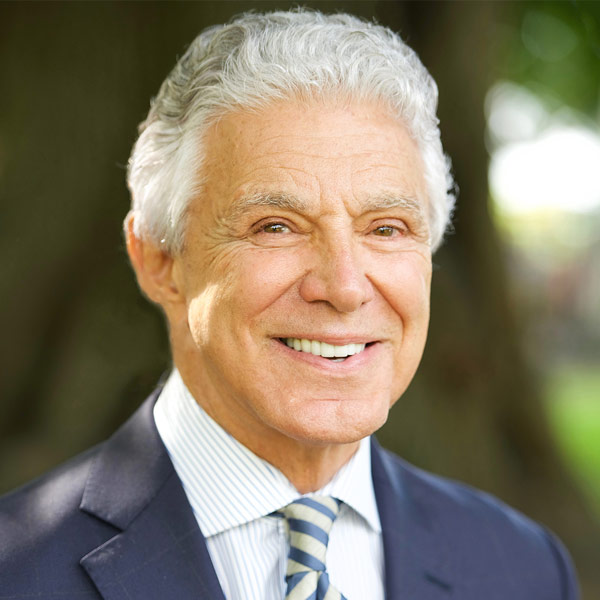 Mr. Traina is the former President of Lazard Development Corp., the wholly-owned real estate subsidiary of the investment banking firm, Lazard Freres & Co., and former President of Galesi International, an affiliate of the real estate developer and manager, The Galesi Group. In his past and present real estate activities, he has overseen a property portfolio valued at $2 billion, and has acquired, renovated, leased and/or sold 10 million square feet of commercial property and over 1,000 acres of residential property in the New York metropolitan area. He conceptualized, developed and constructed the 2 million square feet International Design Center (IDCNY) in Long Island City, NY, which won several international awards for excellence in design and construction. As Chairman of The Traina Companies, Mr. Traina brings more than 30 years experience in senior levels of real estate development, construction management, executive management and marketing. He is an authority on land-use review, zoning, and financial incentives, and has relationships with the world’s leading real estate development, construction and investment professionals. 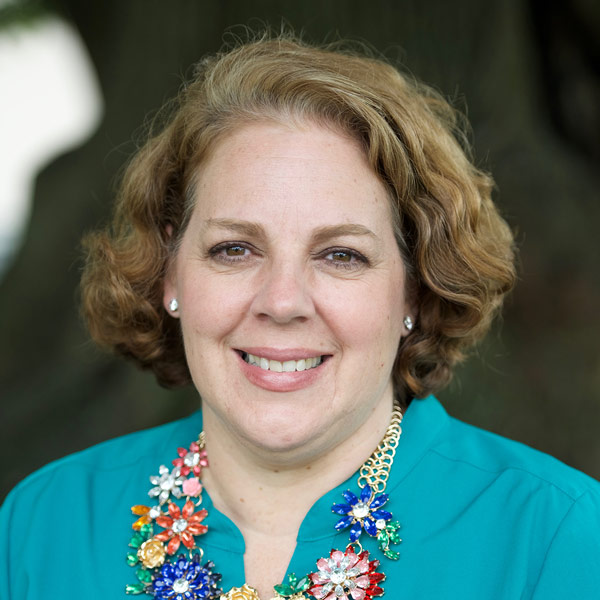 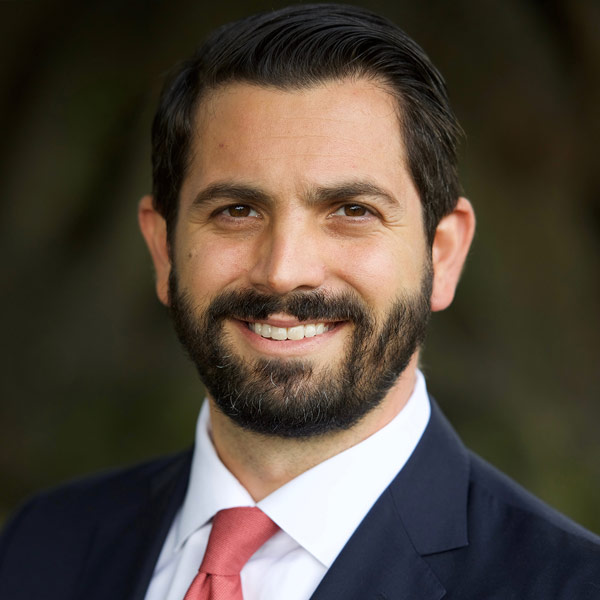 As Principle and COO of The Traina Companies, Mr. Traina, Jr is responsible for overseeing the integration and coordination of the Traina Companies projects, partners and operations, as well as managing the family office investment portfolio. Mr. Traina is also primarily responsible for seeking out, analyzing and incubating potential projects for acquisition, development and/or investment.

Working his way up from a construction site laborer to an assistant Project Manager in his youth, Mr Traina, Jr began his corporate career as a planning and zoning specialist at the firm of Stadtmauer & Bailkin, a leading New York advocate for economic development incentives, zoning and land use. Mr. Traina was an undergraduate at CW Post for Economics and a graduate student at New York University for Real Estate Development and Finance. 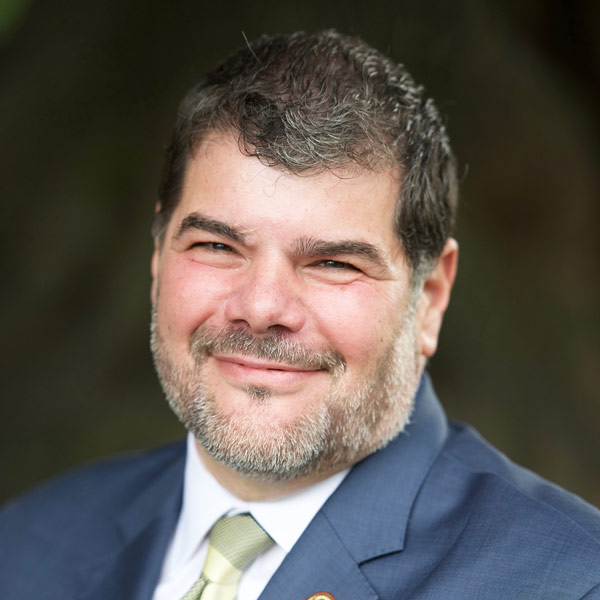 Mr. Ferrara directs the marketing and communications of The Traina Companies, and is also partner and manager of subsidiary travel and technology companies. Mr. Ferrara has been working with Mr. Traina for 30 years and is a graduate of Hamilton College. Mr. Ferrara also holds a Real Estate Development certificate from New York University, and is a licensed Real Estate Broker in New York State. 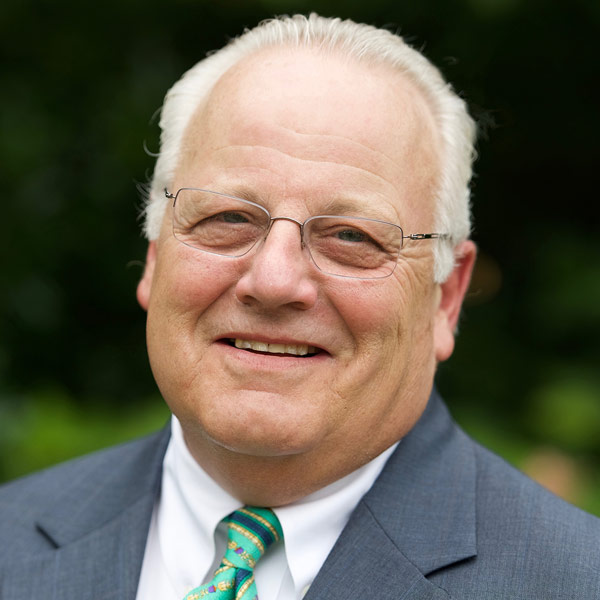 Mr. Dane is a partner in The Traina Companies subsidiary travel and technology companies, where he oversees all strategy and financial operations. In his career, Mr./ Dane has been an executive with American Airline, HRG and other industry leaders. Mr. Dane has a bachelor’s degree in Business Administration from St Louis University and also is a Certified Travel Consultant (CTC) from The Travel Institute (where he served on the Board of Trustees from 1996-2002), he was also the first person to earn the Certified Travel Industry Executive (CTIE) designation. 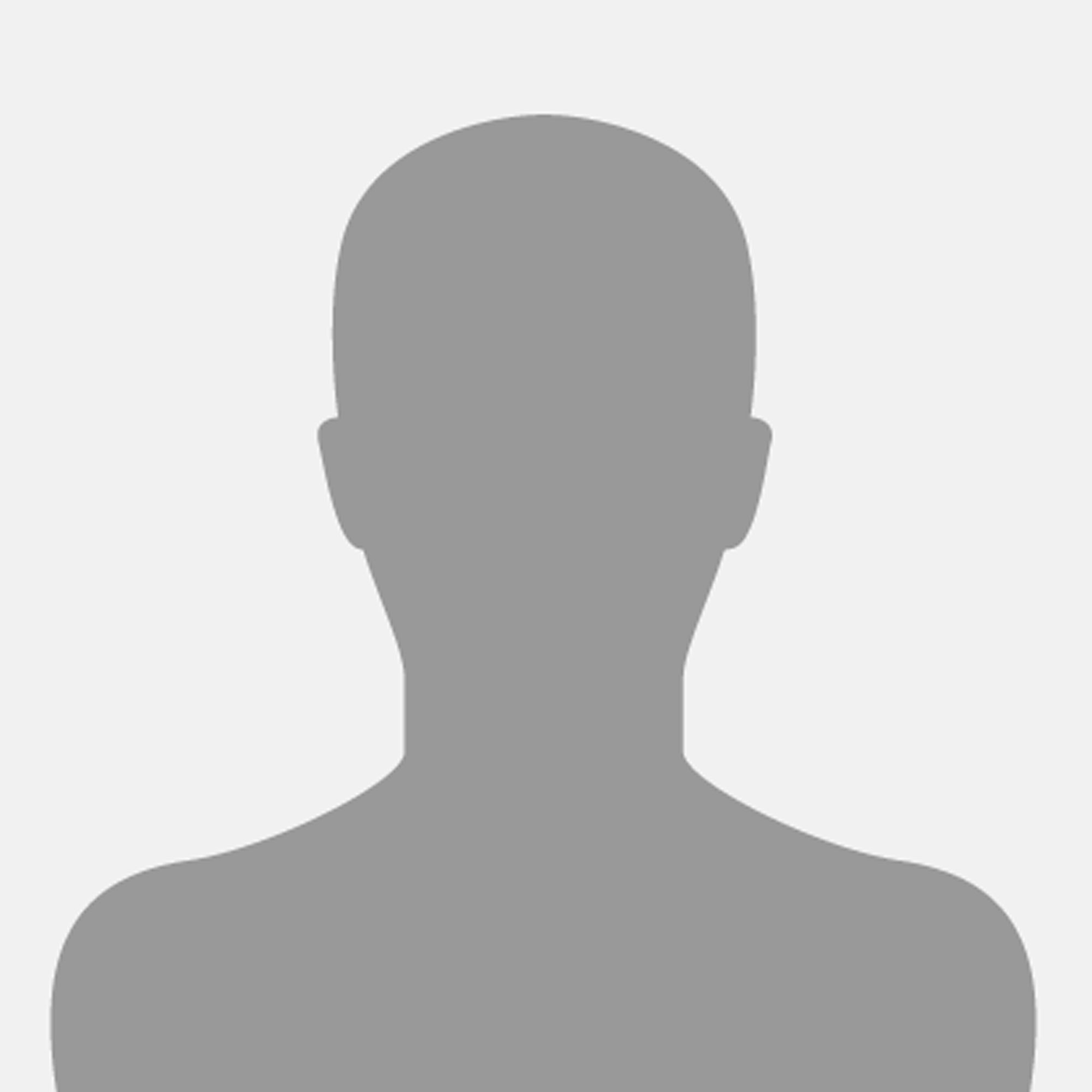 After more than twenty five years in the construction industry, Mr. Simone has experience with practically every conceivable construction, scheduling, and budgetary issue. His expertise includes extensive renovation and alterations, as well as out-of-the-ground new construction, in most categories: high-rise, mid-rise, residential and commercial. He is responsible for coordinating the project team, whether comprised of consultants and construction management firms, or of The Traina Companies' own construction professionals. Mr. Simone holds numerous certifications in construction, value-engineering, and construction specialties.

Take The Next Step

To discuss investment opportunities, acquisitions, or developments, contact us today.